How do the shape of political institutions in post conflict society affect government–media relationships? A case study on the Northern Irish context 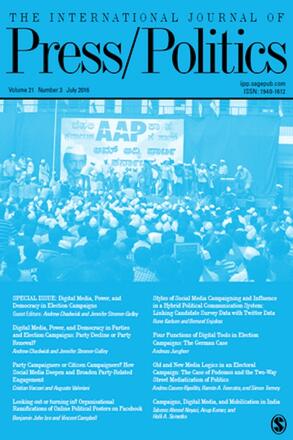 Most studies of media-politics focus on majoritarian parliamentary or presidential systems and on how party systems affect journalism. This tends to neglect important issues that pertain in more constitutionally complex democracies, such as the consociational institutions in postconflict societies.

By examining their roles and relationships in this context, we demonstrate the importance of considering the institutional design of the democratic system itself when attempting to develop a more comprehensive and nuanced theory of media-politics.

In Northern Ireland, the absence of an official political opposition in the legislature, together with the mandatory nature of the multiparty coalition, means that the media have come to be perceived by many political and media actors as the opposition. This in turn influences the interpersonal interactions between government and media, the way political actors try to “manage” the media, and the media’s approach to reporting government.