How populist messages by media actors, political actors, and readers are distributed via online news articles, and reader comments during election campaigns in the United Kingdom, Switzerland, and France 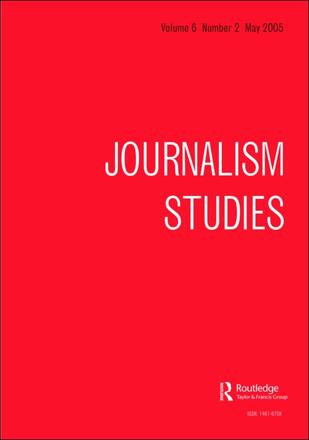 Online news media are perfect platforms for populist communication: together with social media, they allow a more direct connection to the people than traditional media do, and as network media they are are more susceptible to populism. Online news media can voice populist messages themselves (“media populism” or “populism by the media”) or they can allow political actors to diffuse populism through the media (“media complicity”). They can also become a platform for “populist citizen journalism” via their comment sections.

The authors focused their quantitative content analysis of online news coverage and reader comments on immigration-related topics during national election campaigns in the United Kingdom (2015), Switzerland (2015), and France (2017). National elections are prototypical events in which political communication cultures and strategies crystallise and populism is most likely to manifest itself in the polarised environment of electoral competition. All three countries had rather successful right-wing populist parties: UK Independence Party (UKIP), Swiss People’s Party (SVP), and Front National (FN). They are led by influential, divisive leaders and propose restrictive migration policies. The sample choice maximises the heterogeneity of populist communication approaches and political and media contexts in Europe, as the countries differ significantly in their types of political and media systems.

The study investigated six online news outlets per country for a six weeks period before the elections. Four parties from a broad political spectrum (including both presumed populist and non-populist parties) were selected. A sample was built of articles on immigration related to domestic politics or the election campaigns, by using a search string consisting of words related to immigration and the commonly used abbreviations or labels for parties. Four dimensions of populist ideology (people-centrism, anti-elitism, popular sovereignty, and the exclusion of others) were identified together with 12 key populist messages, each assigned to one of the four dimensions of populism.

The authors then tested some hypotheses. The first was that “the extent of populist messages is higher in reader comment sections than in news articles”. Of the three selected countries, the United Kingdom had the biggest share of populist messages, with France in the middle and Switzerland last. Overall, 65% of articles and 34% of individual comments contained at least one key populist message. In order to compare news articles and reader comments as equal units of analysis, the comments were aggregated on the article level: the result was that 87% of comment sections contained at least one populist statement, thus confirming the hypothesis. The reactions of readers were almost identical in the three countries.

Of the four identified dimensions of populist ideology, statements related to anti-elitism were most common, followed by people-centrist and exclusionist statements, while sovereignty was less frequently used. Media professionals tended to avoid any exclusionist rhetoric, while citizens were much more inclined to use it.

The authors found populist communication to be quite high in comparison to previous content analyses, but they specify that this result should be interpreted with caution, because of the choice of sample and of the electoral period.

It is socially more acceptable to blame powerful elites than powerless societal out-groups such as refugees. Reader comment sections are more prone to populist communication than news articles are.

There is some evidence that online news media rarely explicitly condemn or criticise populism by political actors during election times, but the research may be missing something, e.g. it may be that journalists provide implicit criticism by quoting the adequate sources.