Rethinking Hallin and Mancini Beyond the West: An Analysis of Media Systems in Central and Eastern Europe 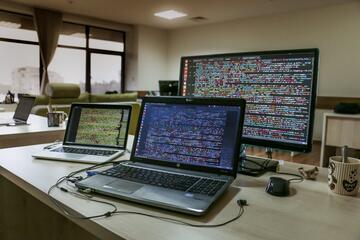 This study aims to validate and extend Hallin and Mancini’s framework of comparison by applying it to media systems of Central and Eastern Europe (or CEE).

The ultimate goal of this analysis is to test whether media systems development in CEE can be fully grasped using Hallin and Mancini's framework or rather, as suggested by Voltmer, the particular evolution of their cultural background and political systems requires other dimensions to be included in the analysis.

The study shows the strength of political parallelism (i.e., the nature and degree of links with political views existing in the given society) and public service broadcasting as variables for comparison. It also found that press freedom and foreign ownership point to significant differences between media systems in the region and calls for these dimensions to be further explored.

Finally, a cluster analysis revealed the existence of three groups of media systems and provides empirical support for the assertion that there is no unique type of East-Central European media system.