On 15 February 2018 in Gdansk (Poland) in the framework of an international conference, the European Federation of Journalists (EFJ) launched a new book called "Free European Media" addressing new challenges faced by journalists around Europe 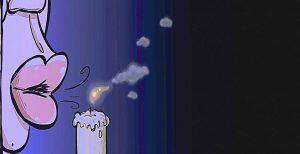 "Hate speech and fake news are rife, citizens are getting more and more confused as propaganda undermines the credibility of our news media, and our fundamental values are under attack. Impartial and accurate journalism is under attack. It is high time to address the importance of uncensored, pluralistic media for the development of our free democracies in Europe". Against this backdrop on 15 February 2018 in Gdansk (Poland) in the framework of an international conference, the European Federation of Journalists (EFJ) launched a new book called "Free European Media" addressing new challenges faced by journalists around Europe.

The chapters of the book focus on specific situations in Poland, Turkey, the UK, Serbia, Russia, Denmark, Greece, Czech Republic and Azerbaijan.

The case of Poland shows how gaining control over the flow of information is a key task for building an authoritarian state, while the chapter on Turkey provides a brief look at the recent history of media, portraying a clear picture of the current pressure over journalists and the media industry.

Another chapter points out the threat posed by State surveillance to British journalism .

The part dedicated to Serbia is focused on three journalists murdered by - or under the veil of the State between 1994 and 2001, while the Russian case follows a decision given by the Supreme Court of Russian Federation in 2017 after a final verdict of European Court of Human Rights (ECHR).

As the chapter on Azerbaijan explains, the country still resembles the former Soviet Union as the regime has managed to “preserve” and even further embrace the very Soviet culture of repression and censorship of free press and critics.

Finally three more chapters are dedicated to EU countries. Starting from Denmark , where the Danish Data Retention Law, which obliges the telecommunication companies to monitor the citizens’ location at all times a day on behalf of the government, clearly violates the EU law. In Greece the press that wants to report on a sensitive issue such refugee camps is being censored, while journalists in Czech Republic have to face the insults of the country's leadership.