Under what conditions does freedom of speech become freedom to hate? How to deal with hate speech without harming freedom of expression? These are the questions addressed in this book, with a specific focus on the context of South East Europe and Turkey 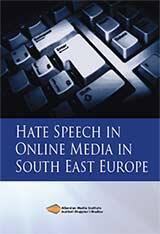 The Internet has democratised freedom of expression, enhancing the enjoyment of this right immeasurably. Online media, easy access to blogs and social media offers unprecedented opportunities to disseminate information. While the space for freedom of expression has expanded, so has the opportunity to spread the hate speech. New media has offered an ideal platform to adopt and spread hate speech because of its decentralist, anonymous and interactive structure. Cyber-hate is the dark side of the unprecedented opportunities to disseminate information (p. 5). While the spaces provided by online media outlets are often mediated and constantly monitored, the same cannot be said with regard to blogs and forums. Here, in the “unmoderated internet space” there is often room also for gossip, defamation and slander, and the border with hate speech is not clear.

The countries considered in this book are no exception in this respect. Internet penetration has increased rapidly in the region, and online space is becoming more and more relevant to public debate. The issue of hate speech in the media space is a well known topic in the region. Particularly in the Western Balkans, the responsibility of media in fuelling the conflicts during the '90s is still debated. There have studies and analysis on hate speech in post-conflict societies. However, what has not been analysed so far is the phenomenon of hate speech in online media and the impact of this phenomenon in public life of countries of Western Balkans.

The book presents main trends and violations in the field of online hate speech in seven countries (Albania, Bosnia Herzegovina, Kosovo, Macedonia, Montenegro, Serbia, Turkey). The analysis is structured into 7 country-specific papers, complemented by an in-depth introduction by Andrew Smith (Article 19) on international legal standards regarding online hate speech, and region-wide conclusive remarks on the role of media accountability in countering hate speech. Each paper is devoted to a specific country out of the seven which are considered in this publication, and it starts with an overview of the legal framework and the media situation in that specific national context. Relevant national legislation in the field of hate speech and responsible institutions are considered, as well as the potential role of self-regulatory bodies in this field. The evaluation of the situation in each country is based on the content monitoring of online media and online versions of traditional media, and it is complemented with short textual analyses of several cases of hate speech. The overviews on current trends of online media in relation to hate speech are followed by the respective recommendations for each country.