Hrant Dink: An Armenian Voice of the Voiceless in Turkey

Turkish writer and journalist Tuba Çandar traces the biography of Hrant Dink, the Turkish-Armenian journalist and political activist killed in 2007 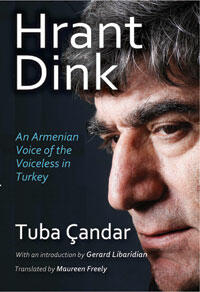 This is the biography of Hrant Dink, a Turkish-Armenian journalist and political activist. He worked for the democratic rights of all Turkish citizens, including the right to speak freely about the genocide of Anatolia’s Armenians in 1915. As a result of his activism, Dink was assassinated by Turkish nationalists in 2007.

As founder and editor-in-chief of the bilingual Turkish-Armenian newspaper, Agos, in 1996, Dink was the first secular voice of Turkey’s silenced Christian-Armenian minority. He fought for the democratization of the Turkish political system. This was a risky undertaking, in a country where Armenians live as closed communities; it was also unprecedented in Turkey. Dink was prosecuted three times for "insulting and denigrating Turkishness"and ultimately convicted.

The biography is written as an oral history, and assembles a mosaic of memories as told by Dink’s family, friends, and comrades. Dink’s own “voice," in the form of his writings, is also included. Originally published in Turkey, it is now available for an English-speaking audience on the 100th anniversary of the Armenian genocide.

Transaction Publisher released in may 2016 the English edition of this bestseller in Turkey.