Human Rights in a Positive State

This book critically and comprehensively engages with the European Court of Human Rights’ positive obligations case law, including references to media law matters 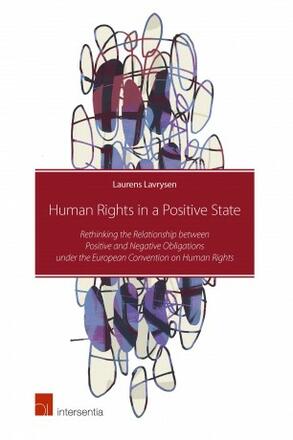 While the concept of positive obligations has become increasingly important in the jurisprudence of the European Court, it remains relatively under-explored in the literature. This book goes beyond the existing scholarship by analytically, critically and normatively engaging with the Court’s positive obligations case law in a comprehensive and in-depth manner.

The book touches upon the Court's positive obligations case law in an all-encompassing manner and includes many references to media law matters. In particular, freedom of expression is firstly analysed in terms of the State’s role as guarantor of pluralism. The work relies on case law and academic sources in order to stress that there can be no democracy without pluralism, democracy thrives on freedom of expression and the absence of media pluralism is incompatible with the freedom of expression protected by article 10 of the Convention (Manole and Others v. Moldova).

The author then continues with the analysis of the Court’s early judgements on the protection of media pluralism. Moreover, freedom of expression is also discussed in terms of the State’s role “as ultimate guarantor of pluralism” under Article 3 Protocol 1 (the right to free elections), requiring the State to “adopt positive measures to ‘organise’ democratic elections ‘under conditions which will ensure the free expression of the opinion of the people in the choice of the legislature’” (Yumak and Sadak v. Turkey). The same provision also lead to the Court recognising “the duty of the State to adopt some positive measures to secure pluralism of views” (Communist Party of Russia and Others v. Russia) which is analysed by the author.

Dr Laurens Lavrysen (Ghent University) published a new book on the classic concept of positive obligations under the ECHR. The book is based on his PhD research for which he was awarded his doctoral degree earlier this year.