Media, Freedom of Speech, and Democracy in the EU and Beyond

This volume is a collection of contributions from several experts, offering up-to-date analysis and enhancing the ongoing debate on freedom of media and democracy in Europe

Publication Date: May 2019
Research and Editorial Team: Angelos Giannakopoulos (editor)
Link: Media, Freedom of Speech, and Democracy in the EU and Beyond 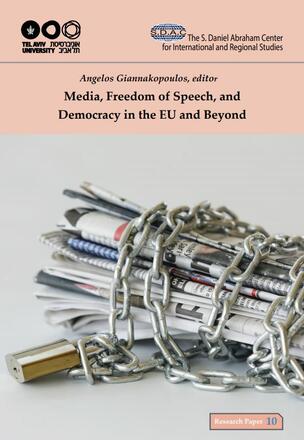 This book, divided into 10 chapters written by different authors, presents the most recent developments in the European media sphere through relevant case studies, highlighting the worrying trend of independent media and democratic culture in Europe.