This book by the South East European Media Observatory builds on and further develops research on democratic development of media systems in SEE, by focusing in particular on the concept of "media integrity" as a key element to assess and secure other components of functional media systems 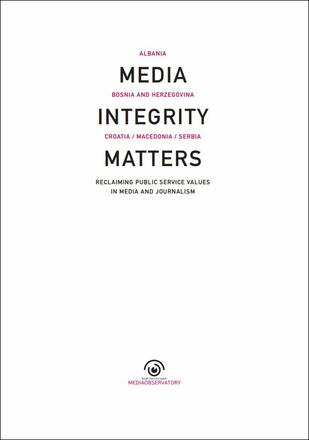 The book addresses the obstacles to a democratic development of media systems in the countries of South East Europe by mapping patterns of corrupt relations and practices in media policy development, media ownership and financing, public service broadcasting, and journalism as a profession. It introduces the concept of media integrity to denote public service values in media and journalism. It adopts both a regional perspective and a country-specifc focus, covering five countries: Albania, Bosnia and Herzegovina, Croatia, Macedonia and Serbia.

This book and the project South East European Media Observatory build on the legacy of previous research and advocacy actions of the SEENPM, especially the 2003/2004 research and book on media ownership and its impact on media independence and pluralism.