Regardless of Frontiers. Global Freedom of Expression in a Troubled World

A collection of essays where the authors also consider ongoing and new challenges to global norms on freedom of expression and information, from conflicts over hate speech and the rise of populism to authoritarian governments, as well as the profound disruption introduced by the internet 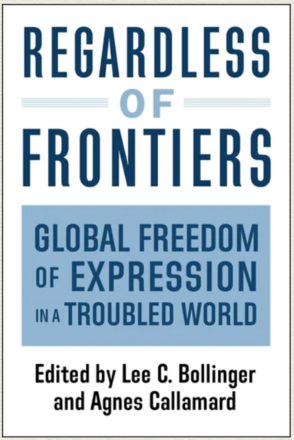 This volume brings together leading experts from a variety of fields to critically evaluate the extent to which global norms on freedom of expression and information have been established and which actors and institutions have contributed to their diffusion.

Together, the essays lay the groundwork for an international legal doctrine on global freedom of expression that considers issues such as access to government-held information, media diversity, and political speech.

Part I: A Global Threshold

Here a video presentation with the author.