The Media in Transitional Democracies

Katrin Voltmer examines the role of the media in democratic transition in Eastern Europe, Latin America, Africa, and Asia 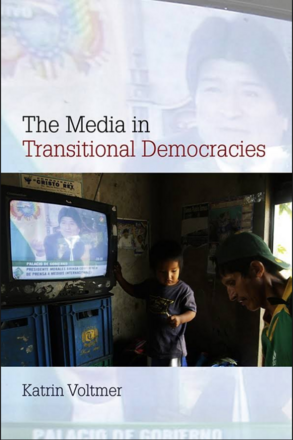 The last quarter of a century has seen an unprecedented wave of democratisation around the globe. In these transitions from authoritarian rule to a more democratic order, the media have played a key role by facilitating - but frequently also inhibiting - democratic practices to take root. This book provides an accessible, systematic introduction to the media in transitional democracies. It analyses the problems that occur when transforming the media into independent institutions able to inform citizens and hold governments to account. The book covers the following topics:

The book takes a global view by exploring the interplay of political and media transitions in different pathways of democratisation that have taken place in Eastern Europe, Latin America, Africa, and Asia. It will be of interest to advanced students and scholars who want a better understanding of the media outside established Western democracies. The book will also be of great value to policymakers and activists who are involved in strengthening the media in transitional democracies.

Katrin Voltmer is senior lecturer at the Institute of Communication Studies at the University of Leeds.