A manual by the Council of Europe on the legal instruments, political initiatives, and case-law concerning hate speech in Europe during the last decades, with a special focus on the activity of the European Court of Human Rights 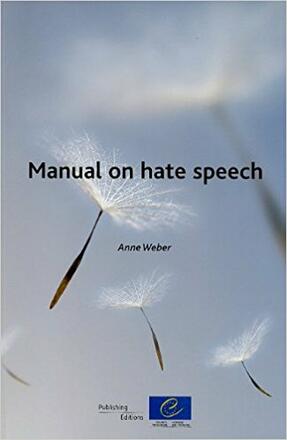 The manual provides an overview on hate speech from a legal and juridical point of view, paying special attention to the role played by the European Court of Human Rights and by the Council of Europe more in general. The manual was published by the Council itself and it was drafted by Anne Weber, legal adviser to the Council's Commissioner for Human Rights.

In the first place, the author looks at the ways in which the Council of Europe and the European Court of Human Rights have defined hate speech: they have always tended to focus on incitement to hatred on national, racial or religious grounds. Then she looks at the instruments which were introduced by the former, both in terms of binding treaties and of political recommendations and resolutions adopted by its bodies. The overview is complemented by references to other significant provisions on freedom of expression and hate speech in European and international law.

The second part of the manual is devoted to an analysis of the case-law of the European Court of Human Rights since its inception. A core aspect of the case-law on hate speech lies in the ever-present need to strike a balance between articles 10 and 17 of the European Convention of Human Rights: the former protects freedom of expression, with only a few possible limitations, while the latter forbids any abuse of the rights recognised by the Convention itself. In this sense, those who promote hate speech cannot invoke freedom of expression.

To consent to restrictions against controversial declarations and other forms of expression, the Court evaluates carefully the context, content, purpose, and target of the message. According to the matter at stake, it can recognize a narrow or a wide margin of appreciation to the states that claim to be contrasting hate speech and other illegal forms of expression. While statements clearly inciting hatred are always to be forbidden, others may leave some more space for discretionality.

Clearly written and accessible to experts and non-experts alike, the manual also contains useful appendixes, including references to relevant legal instruments and notable judgments, as well as a glossary.