Terrorism and the Media: a handbook for journalists 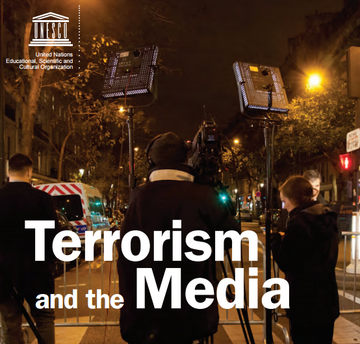 This handbook, available in English and French, seeks to help journalists balance information, responsibility, and ethics while covering terrorism.

The publication aims to raise journalists’ awareness of the need to exercise caution and examine carefully who they quote, what messages they relay, and how they contextualise the information they give, despite pressures to win the audience. "The relationship between terrorism and media is complex and fraught. At its worst, it is a perverse symbiotic relationship – terrorist groups devising spectacles of violence to continue drawing the world’s attention, and the media incentivised to provide wall-to-wall coverage due to huge audience interest".

With numerous examples taken from recent events, the handbook addresses the way journalists report on victims of terror, handle rumours, report on the authorities’ investigations, conduct interviews with terrorists, and report on their trials. A separate chapter is devoted to issues pertaining to the safety of journalists, including kidnappings, and traumas that may be incurred by reporters.

The report provides the following recommendations for media professionals covering terrorism: they must keep a global perspective, and pay attention to the words they use, the examples they cite, and the images they display; they must avoid speculation and finger-pointing in the immediate confusion following an attack when nothing is known, yet the demand for information is perhaps the strongest of all; they must consider carefully that there is something inherent in terrorism as a violent act that provokes a fear in many that is far disproportionate to the actual level of risk; they must do all of this while ensuring they do not put themselves or their staff in harm’s way in the pursuit of a story. And most of all, they must avoid fostering division, hatred, and radicalisation at both margins of society.