The Oxygen Method: New lenses to see the hidden censorship

Ossigeno per l’Informazione has published the manual "The new lenses against censorship" showing in detail the method of monitoring developed by Ossigeno and experienced in Italy, and its results 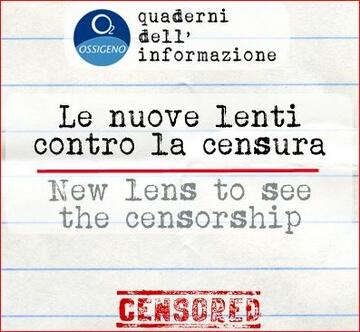 The e-book “The new lenses against censorship” shows in detail the method of monitoring developed by Ossigeno and experienced in Italy. The manual provides answers to the main questions posed by those who want to observe such an elusive phenomenon: how to collect the information, how to verify and classify this data, why and how to make the intimidation public, what resources are needed, how to involve the threatened journalists and the organizations of journalists. In addition, the e-book exposes the problems that still need to be explored.

The manual was produced within the Safety Net for European Journalists project coordinated by Osservatorio Balcani e Caucaso and supported by the European Commission. The English version was produced with the support of the Office of the OSCE Representative for Freedom of the Press.

Applying this method to the specific Italian case, in five years Ossigeno discovered more than 1400 media workers who have been victims of serious intimidation in Italy. Ossigeno estimates that many other cases remain unreported because victims are weak and afraid and do not want to come forward and that only one out of ten cases becomes publicly known.
This method already classifies 29 different forms of intimidation against media workers. Applying the Oxigen Method in other countries can help recognizing victims of these new forms of censorship, providing a more systematic assessment of the violations against journalism and press freedom.