Audiovisual services in Europe. Focus on services targeting other countries

An analysis of cross-border audiovisual services in Europe, their ownership and market power 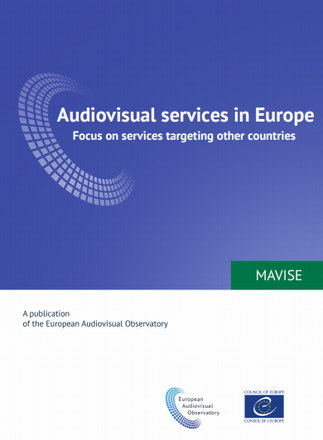 Around one third of all audiovisual services based in the European Union (EU) are targeting other markets, circulating specifically tailored services in different language versions. The principal focus of this report lies on providing an overview of where these cross-border services have been established and who owns them, what countries they are targeting and what market power they represent in these national markets.

Typically, these services  tend to be delivered by a number of recently-emerged hubs from which broadcasters and on-demand service providers circulate services which in some cases constitute a significant market power in the respective target countries. The groups managing these services are likely to be large international broadcasting and entertainment corporations based in Europe and the United States.

Depending on market size, different economic conditions and individual licensing regimes, the number of services available can differ significantly among European countries. For instance, half of all audio-visual media services established in the EU at the end of 2016 were concentrated in three countries: the UK, France and Germany. Those of these services targeting foreign national markets belonged to 44 parent companies, 26 of which were of European origin, 15 of US origin, and three of ‘other’ origin.

Among the findings of this research, two thirds of all TV channels established in the EU in 2016 comprised seven genres: sports (15%); entertainment (13%); film (9%); children (7%); documentary (7%); generalist (7%); and music channels (7%). The top genres for on-demand services were virtually identical.