In this 2015 report, the Committee to Protect Journalists highlights challenges faced by the EU related to press freedom record. Member states adoption of repressive laws and regulations are as dangerous as the EU failure to act swiftly when countries renege on their commitments 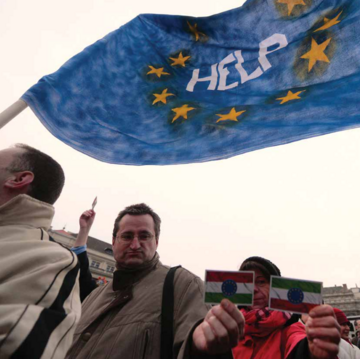 The European Union strives to be a global leader in press freedom but faces challenges from member states that have criminal defamation and blasphemy laws, and have introduced counter-terrorism measures, including mass surveillance. The EU has made press freedom imperative in negotiating with candidate countries, but has been accused of failing to take strong action when member states renege on their press freedom commitments.

Journalists working in the region are also affected by EU laws and policies, such as the trade secrets directive and access to information regulations. This report explores the impact that repressive legislation in EU member states has on the press; how calls for wider surveillance risks muzzling journalists; and how the EU has failed to take strong action against member states that backtrack on their commitments under the EU Charter of Fundamental Rights.