Chronicle of Attacks and Pressures against Journalists in 2018

An overview of the numerous kinds of pressure faced by journalists and media outlets in Serbia, published by the Independent Journalists’ Association of Serbia 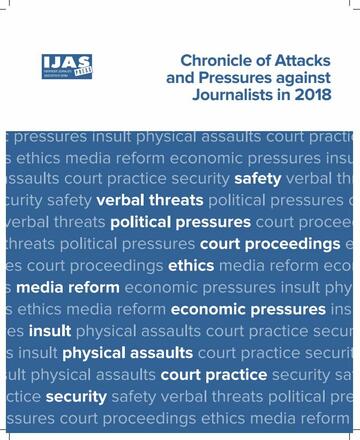 Physical assaults are just the tip of the iceberg when it comes to safety and security of journalists and media outlets: in an accurate manner, this Chronicle goes beyond the physical dimension of attacks and covers diverse forms of control and influence: