Encryption - A Matter of Human Rights

Restrictions on access to and use of encryption may constitute an interference with the enjoyment of human rights, holds Amnesty International’s first official stance on encryption 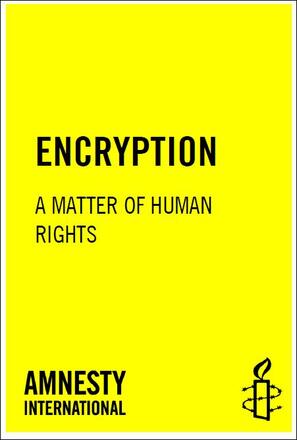 With more than three billion people across the world having access to the internet, encryption is an essential mean of protecting our personal information.

The report provides basic definitions of key notions regarding encryption, such as the distinction between end-to-end encryption and full-disk or device encryption.

It then gives references to key international documents setting the ground for the right to privacy (Article 17 of the International Covenant on Civil and Political Rights) as well as to the position recently expressed by the UN Special Rapporteur on freedom of expression.

Therefore, grounds are considered on which government may legitimately ban or restrict encryption.