EngelliWeb 2019: An Iceberg of Unseen Internet Censorship in Turkey 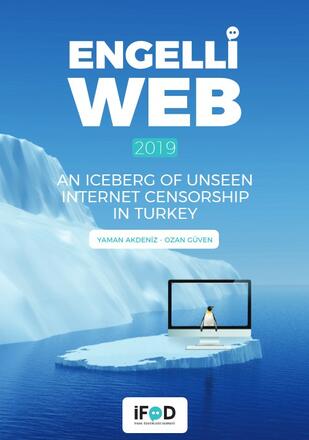 According to the results of this report, the practices to block widespread access to the Internet continued in Turkey as in previous years.

This report examines the access-blocking orders issued in 2019.

The methodology of this study includes the monthly scanning of approximately 202 million domain names; the weekly scanning of 3.7 million current news articles from 82 different news websites; the monthly scanning of approximately 33 million archived news articles; the real-time connectivity tracking and monitoring of whether 105 different domain names, including Wikipedia, YouTube, Twitter, Facebook, and certain news websites are blocked from Turkey; the identification of the blocked, removed or country withheld content including videos, accounts, and social media content items from Turkey by using the YouTube and Twitter Application Programming Interface (API); the identification and analysis of access-blocking orders submitted to the Lumen database by using its Application Programming Interface and the tools developed by Lumen for researchers and the analysis of the access-blocking orders sent by certain news websites to the İFÖD team.

Rich in tables and figures, this reports concludes that "the rise in censorship in Turkey has reached to an astonishing level as shown in the annual transparency reports published by social media platforms. The ranking of Turkey in the Twitter Transparency Reports is strikingly worrying, especially when compared to other countries. Since the rate of political debate and expressions is higher in Twitter than in any other social media platforms in Turkey, the total number of removal and withholding requests for accounts and tweets is much higher in Turkey than in Russia and Japan".