Report published by the Nordic Council of Ministers reflecting on the expert opinions on how quality journalism, media and information literacy, ethical standards and self-regulation can be used for countering the disinformation 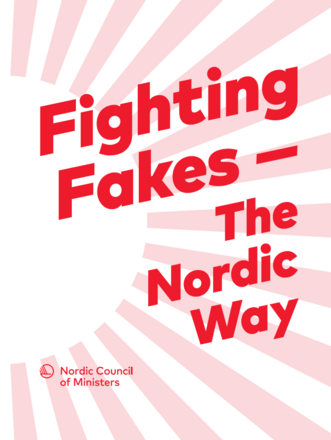 The phenomenon “Fake News”, understood as propaganda, lies, disinformation and fake factory stories is a serious threat to our democracies.  The Nordic Council of Ministers urges for finding ways to meet this challenge and is launching a booklet to create a debate on how to counter fakes and build trust in words and facts.

The booklet is based upon results from a meeting in September 2017 of a high-level group of key experts on the topic and in particular from four experts contributing by focusing on media and information literacy, ethical standards and quality journalism to be among the best tools to counter fakes.

In addition to setting a Nordic roadmap for combating the disinformation, the report presents expert suggestions as well as discussing the battle between true and fake news, ethics and its employment in media, importance of democracy and collaboration. It points out key factors for successful counteraction, as minding the words in use, critical and reasonable approach, precision when discussing the so called ‘fake news’, trust in pluralistic and professional media. Finally it offers recommendations for further developments.

This booklet was launched at the UNESCO World Press Freedom Day 2018 in Accra asking for international feedback on its recommendations.