Freedom House yearly report on press freedom in Moldova provides a synthetic overview of media freedom in the country during 2014, highlighting main trends and developments 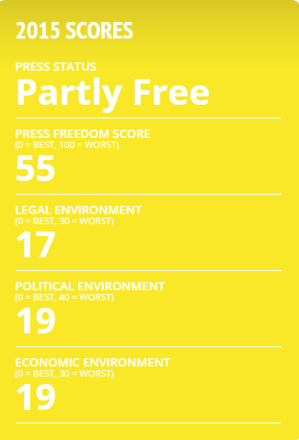 Media freedom in Moldova is considered as “Partly free”. The situation in the country in 2014 was affected by the considerable political polarization deriving from the signature of the Association Agreement with the EU and the national election. This political polarization had repercussions on Moldova's media landscape.

Note: The report about Moldova does not reflect conditions in Transnistria.