Freedom House yearly report on press freedom in Montenegro provides a synthetic overview of media freedom in the country during 2014, highlighting main trends and developments 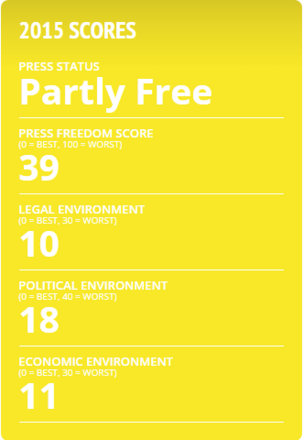 Media freedom in Montenegro is seriously affected by recurrent physical attacks against journalists and persistent impunity also in 2014.

Defamation is decriminalized by as a civil offence, is very often adopted against journalists: several reports from the newspapers Vijesti, Dan and Monitor have been accused of insulting the prime minister Milo Đukanović. Investigations about this cases are often inadequate.

Access to public information is guaranteed since 2005 but poorly respected, especially when requests relate to corruption cases.