Freedom House yearly report on press freedom in Slovakia provides a synthetic overview of media freedom in the country during 2014, highlighting main trends and developments 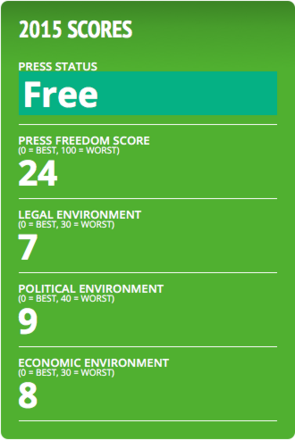 Although journalists occasionally experience interference while performing their jobs, physical attacks on journalists are quite rare. Most Slovak media outlets, including all major print outlets, are privately owned.

Even though television remains the main source of information in the country, Slovaks enjoy growing access to the internet, which the government does not restrict (approximately 80% of the population used the medium in 2014). However, lack of transparency in media ownership remains a concern. In recent years, the print market has seen significant changes as a result of increasing concentration of ownership.