Freedom of Expression and Protection of Journalistic Sources 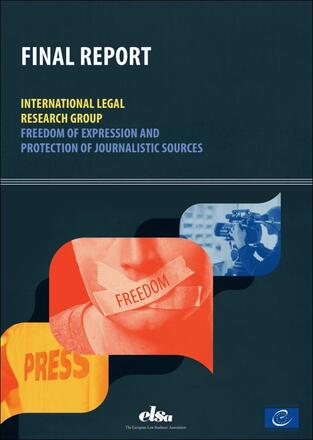 The Protection of Journalistic Sources is one of the basic conditions for press freedom: without proper mechanisms at the national level, sources may be deterred from assisting the press in informing the public on matters of public interest, ultimately impeding the press from providing accurate and reliable information. Recently, in a large number of cases, public authorities in Europe have forced, or attempted to force, journalists to disclose their sources. With this regard, the Council of Europe has found that violations are more frequent in member states without clear legislation.

The European Court of Human Rights has reiterated that Article 10 of the European Convention on Human Rights safeguards not only the substance and contents of information and ideas, but also the means of transmitting it. In the Court’s case law on article 10, protection has been guaranteed to confidentiality of journalistic sources. (Goodwin v. the United Kingdom, judgement of 27 March 1996, § 39).

The crucial role of a proper protection of journalistic sources has been underlined also by the Council of Europe in its Recommendation No R (2000) 7 .

ELSA (the European Law Students’ Association) has partnered with the Media and Internet Division of the Directorate General of Human Rights and Rule of Law in the Council of Europe to understand and report on the ways in which journalistic sources are being protected in Member-States of the Council of Europe.

The report gathers 28 country-specific analyses of legal measures and practice in each national systems. Each country report takes into consideration different dimensions through which the protection of journalistic sources is protected at the national level. The extensive study analyses the domestic legislation and jurisprudence on such issues as legal safeguards for the protection of journalistic sources, the implementation of law, regulation of electronic surveillance and anti-terrorism, interceptions of communication, encryption, anonymity online, laws on search or seizure actions and protection of whistle-blowers.

Among the elements considered in the assessments, are the impact of article 10 of the European Convention on Human Rights and the judgements of the European Court of Justice on national regulation and judicial decisions. The report also examines to what extent laws in different countries are in line with the Council of Europe standards as set forth in its recommendation No R (2000) 7.

Each country report is complemented with useful links and references to national legislation (both original texts and English translations are provided), relevant court cases in each country scrutinized, books, articles and other resources that could be used for further study.