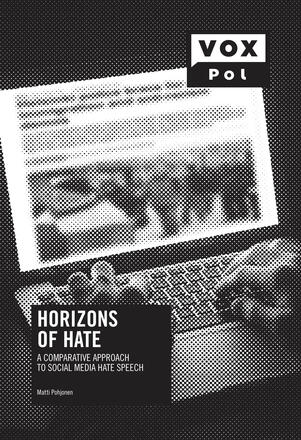 The author sought to apply approaches already used to understand media and conflict in Ethiopia, Kenya, and Rwanda to investigate the polarised reaction to the “refugee crisis” in Finland, where around 30,000 people arrived after 2015.

The report uses the term “aggressive or hateful speech” instead of “hate speech”, to avoid the issue of defining “hate speech” and to include examples that may not qualify as “hate speech”.

The author examined posts and comments from 1 January to 1 September 2016 in these three groups and used machine learning to detect and classify aggressive, offensive, and hateful speech. The research also compared word associations of key terms relating to debates around refugees. The study also used social network analysis to identify what kinds of social networks and communities were behind these three groups, and how these changed over time.

In all three groups the majority of the posting members were men, but in the Rasmus group this was only a slight majority, and commenting users were mostly female. The mixed group had the highest average number of comments per post and the longest average word count, reflecting the fact that it was a group set up for conversation. About half the posts contained links to external sources.

The Rajat Kiinni group contained most of the comments identified as aggressive or hateful speech. On evening there was a significant increase in the proportion of such comments. There was also a spike on Friday nights and early Saturday, possibly because authors were intoxicated and thus more aggressive. In that group such behaviour was widely accepted and applauded, making it a fertile ground for such style of communication.

Members of the Rajat Kiinni group share mostly extreme right websites. Those of the Rasmus group share mostly mainstream news websites. In the Asiallista Keskustelua group both are found. Other categories (tabloids, entertainment, blogs, etc.) were more evenly distributed. Aggressive and hateful comments were evenly distributed across all types of news source shared. The extreme right sources provoked more intense conversation than other news sources. In the Rajat Kiinni group comments on information shared from extreme right news sites were predominantly targeted at the content that was shared, while comments to news shared from mainstream news sites were aggressively questioning the way the issue was represented.

Key terms related to the refugee crisis were associated with different words in different groups, e.g. pakolainen (refugee) was associated with “parasite” in the the Rajat Kiinni group, and “help” in the Rasmus group.

The administrators of the mixed group enforced a set of guidelines about what kind of conversation was permitted. Most people in the group came from the Rajat Kiinni group. Conversation in the mixed group was probably not able to create a common understanding of migration. The research suggests instead that social media echo chambers are not the only cause of group polarisation.

Arguably aggressive or hateful content on social media is not the most dangerous challenge. What is probably more problematic is the lack of a common understanding of the basic concept of the debate and of common sources of information by opposing members of society.