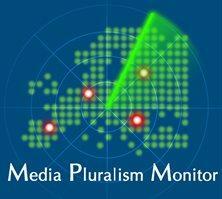 High risk is identified in 7 out of 20 indicators relating to the legal aspects impacting media freedom and pluralism. The independence of the Media Authority/Media Council is compromised by appointment procedures which do not provide adequate legal safeguards for independence. Concern is raised also for the safeguards for local media and local PSM, as these have been highly centralised in terms of both management and programme production. There are no formal, transparent, public mechanisms to ensure safeguards for universal coverage of the media, hence creating conditions for high audience concentration. Legal measures ensuring balanced and impartial political reporting in media are insufficient, as the content of PSM since the system was restructured in 2010 has been marked by a demonstrable pro-Government bias

In the economic realm, High risk is scored for Media ownership concentration and Media audience and readership concentration, as the major Top 4 owners have an aggregate market and audience shares above 50 per cent in the TV, radio, newspaper and online media sectors. Minority and community media are guaranteed insufficient time and finances.

Regarding Socio-political Indicators, MPM 2014 notes how Hungary faces High risk due to significant political influence and polarization in the media, and a high impact of state advertising.

The Hungarian media landscape is highly partisan and politicized along ‘pro-Government’ and ‘opposition’ lines. The PSM in particular is dominated by Government views. Most news outlets are informally associated with political parties and favouritism is the rule with regard to the distribution of state-controlled advertising resources. Funding allocation is not transparent.