Is there a chance for non-partisan journalism in Poland?

Publication Date: December 2017
Research and Editorial Team: Krzysztof Dzięciołowski
Link: Is there a chance for non-partisan journalism in Poland? 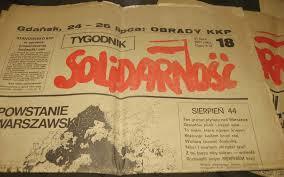 The essay by Krzysztof Dzięciolowski, Journalist fellow at the Reuters Institute for the Study of Journalism, discusses the role of journalism in Poland drawing on semi-structured interviews with 7 stakeholders. Using a scale developed by Blumler and Gurevitch to assess media partisanship, the author finds that media in Poland have always offered unconditional or conditioned loyalty to political groups - serving “more as a political player rather than an objective observer”.

The paper is divided into six chapters that highlight two key historical facts: first, the foundation of the daily Gazeta Wyborcza (The Election Gazette) on May 8, 1989, shortly before the first free election in the country under the communist regime. The author explains that Gazeta Wyborcza “was a by-product of the Polish Round Table talks initiated by the communist government with Solidarnosć trade union and other opposition groups in an attempt to defuse growing social unrest. […] It has always been engaged in promoting liberal values, influencing political life and setting a moral standard for the country”.

Its dominant role was challenged by the second key event analysed, the air crash in which the late president Lech Kaczyński and members of key state institutions died in Smolensk (Russia) in 2010. According to the author, the case split the anti-communist camp into warring factions, allowing conservative journalists to unite against the ‘left-liberal’ side. The right-wing press has emerged in the post-Smolensk reality in the form of “Journalism of Identity” (“Dziennikarstwo Tożsamościowe”), building a successful business model online.

As soon as the conservative Law and Justice party won in 2015, amendments to the media bill were proposed in order to ‘repolonize’ the media. The paper provides useful insights into the media landscape in Poland, even though “the polarisation, increasing partisanship, politicisation and the rollback of liberal democracy constitute a set of new common features across significant parts of the Western world”.