In the lead-up of March 4, 2018 Italian elections and resting upon the experience of the last elections in the UK, France, Germany and the U.S., this report proposes an overview of the existing Italian legal framework regulating political communication during electoral campaigns 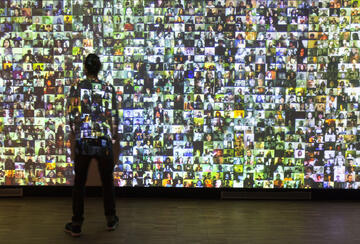 This brief was prepared for a February 2018 workshop  held at the University of Perugia, which brought together experts from Italy and other countries that have been experiencing targeting during social media election campaigns: academic and civil society experts shared research and expertise on social media and elections and built awareness and links about methods of analysis of targeted social media campaigns. A Declaration was adopted at the closing of the workshop, which is available below.

This kind of campaigns can be dominated by dark posts. A lack of transparency about finance, control and content of online messages can act to undermine existing electoral rules and the process of public deliberation and contestation of electoral messages. It is hard to track how much is being spent on what, where, and by whom.

Moreover, online campaign messages can tackle the right to privacy: the use of big data for profiling potential voters can have implications for the effectiveness of data protection and consent regimes. In turn, campaign profiling can lead to propaganda bubbles: the use of ever more sophisticated profiling and audience segmentation techniques including psychometric profiling may lead to targeted propaganda and ‘undue influence’ on voters. Finally, profiling may result in redlining. Namely, targeting of electoral communication addresses ever-narrower ‘target’ groups of swing voters and constituencies, resulting in the corresponding exclusion of others from processes of democratic debate.

Data driven social media campaigns also raise questions such as misinformation and the spread of fake news. The combination of profiling and targeting of stories that reinforce existing behavioural and opinion biases, with a lower regard for whether those stories are true or not, appears to lead to dangers of misinformation, some of it deliberate, during electoral processes.
Despite of these processes, which together raise questions about whether social media may undermine the legitimacy of elections, relatively little is known about the practices involved in online campaigning and no specific regulation of these phenomena exists both on international and on domestic levels, while specific provisions regulate campaigning on traditional media.