An overview of the most recent rules, case law, and policies across Europe on the privileges given to journalists when exercising their functions 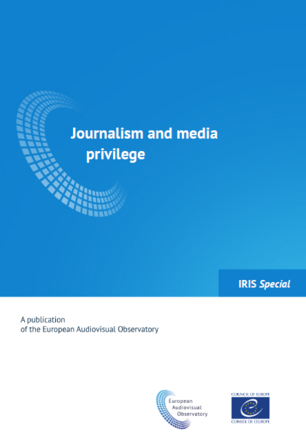 The first part of the report discusses what media privileges are and offers a general overview of the historical development of journalism norms and their definition at the international level.

From pamphlets to regular newspapers, providing people with new and correct information has always been the aim of journalism. When readers began to have expectations and became media audience, the need to regulate journalism arose. Newspapers quickly became the mouthpieces of political parties and, consequently, they were biased in selecting and reporting information.

At the end of the nineteenth century, due to the transformation of business models (based on street sales and advertising), a new form of journalism began to prevail. This information-based journalism was clearly separated from opinion journalism, and journalists had to confine themselves to describing facts. Therefore, the system of norms grew around the two key dimensions of journalism - truth and the public interest. In fact, the aim of these norms has always been to ensure confidence in the journalists’ credibility and in their selection of the information published.

At the international level, free press is considered an essential part of a democratic system, and therefore norms on journalism became relevant under the European Convention on Human Rights, the Charter of Fundamental rights of EU, and case law. States and journalists’ associations developed journalistic guidelines and standards that differ from each other and are continuously adapted to current situations.

A second chapter is devoted to the legal, political, and economic aspects of the concept of media privilege, with focus on the new data protection regulation (GDPR) and the exceptions provided by copyright rules. In fact, certain areas of law require special rules to be established for media companies, since generally applicable provisions would be incompatible with the specific operational tasks of the media as information providers.

The third part contains several country reports that explore the treatment of media privilege under public law, with particular reference to data protection law and issues linked to the safeguarding of journalists. The country reports are not exhaustive, and only represent a sample of Council of Europe member states that appear particularly significant for the examples they provide, namely Germany, Spain, France, the United Kingdom, Hungary, Italy, Poland, the Russian Federation, and Turkey.

The last chapter provides a comparative analysis of the results of the country reports, suggesting some main trends (such as the increased inclusion of new forms of journalism - like blogging - within the scope of certain media privileges) and future challenges to media privilege, mainly linked to artificial intelligence and the risk of the development of filter bubbles.