Journalism without a Mask. 2020 Annual Survey of Media Freedom in Bulgaria 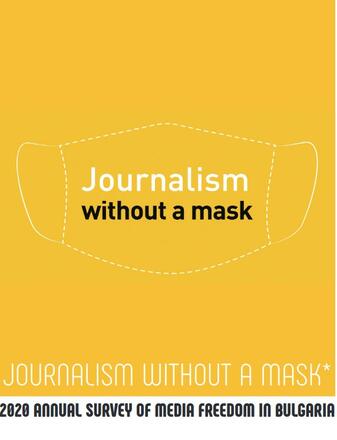 The picture given by this survey about the perception of media freedom among Bulgarian journalists is the same as it was in 2015.

Nearly one out of two Bulgarian journalists described the situation in the media industry as ‘poor’ or ‘very poor’, with a mere 3 % of respondents describing it as ‘excellent’.

The main finding of the survey is that in 2020 there was a strong growth of the culture of pressure: there is a dangerous trend of further deterioration. The report highlights that outside pressure from political actors has doubled compared to other centres of influence on editorial content, such as economic players, advertisers and central and local government bodies.

The self-censorship and self-limitations journalists impose on themselves in their work seem to have evolved into an unwritten rule.