The role of journalists has dramatically changed in the last 20 years demanding adequate shifts also in the field of journalistic education, and more so in the countries confronted with democratic transition 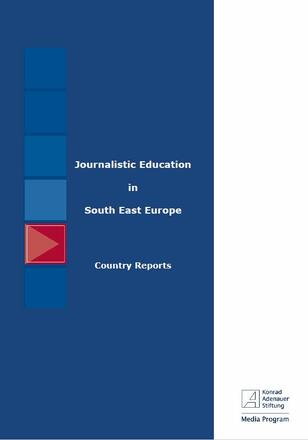 The radical political and technological changes taking place during the last 25 years have had a deep impact on the role of journalism and on journalistic education. This ongoing process is especially challenging in young democracies. In the frame of democratic transition, the political and social role of journalists and media outlets has dramatically changed, from mouthpiece of the power to public watchdogs working in the interests of the public.

In order for journalism to fulfil the task to inform in an independent, responsible and ethical manner, and for it to help building an informed public opinion, models of journalistic education also have to take into account the changing relation between politics and media, different professional role models and common ethical standards. This 2014 report by KAS presents national reports focusing on the educational system in the field of journalism in seven South East European Countries: Albania, Bosnia and Herzegovina, Bulgaria, Croatia, Macedonia, Romania and Serbia. Among the more pressing issues which need to be address in journalism education, the insufficient cooperation between universities and media outlets is identified, as well as the issue of ethics, investigative journalism and digital media. Key findings, common challenges and recommendations to achieve improvement are provided at the end of the report.