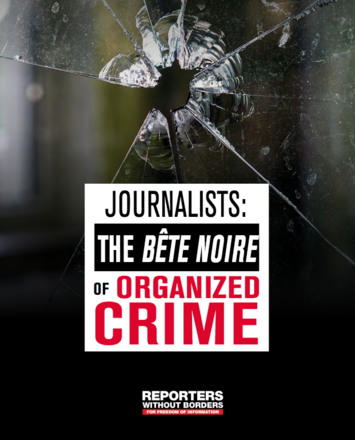 Over 30 journalists have been killed by criminal organisations worldwide since 2017. Europe has not been spared, as highlighted by this report by Reporters Without Borders (RSF). In fact, Maltese blogger Daphne Caruana Galizia and Slovakian reporter Ján Kuciak were killed when they started investigating on Italian mafia activities in their own countries. "The only choice for reporters is often to say nothing or risk their lives. Either they don’t do their job as journalists or, by violating the criminal code of silence, they expose themselves to terrible reprisals", states Frédéric Ploquin in his foreword.

The first chapter delves into the emergence of a European mafia due not only to the widespread presence and violence of 'Ndrangheta's representatives, but also to other criminal groups linked with drug trafficking. For example, two journalists are under round-the-clock protection in Netherlands after receiving serious threats in connection with their coverage of the subject. Importantly, the report highlights the passive complicity of the states where criminal groups are established.

The second chapter ("Take care, subject off limits") focuses on the major risks faced by investigative journalists "reporting on the links between drug barons and representatives of the state" in Mexico and Colombia, as well as environmental journalists in India, Cambodia, or Namibia. Russian mafia and its clutches are analysed in detail by illustrating Tomasz Piatek's attempt to uncover the hidden ties between crime and politics in Poland.

The final chapter assesses how countries are responding to the threat from organised crime. Four federal entities are supposed to protect journalists in Mexico, however they do not communicate sufficiently among themselves and - RSF stresses - none of them is adequate. On the other hand, Italian police is praised for investigating potential dangers before any explicit threat is made. At the end of the day, solidarity and collaborative media are the most effective solutions found worldwide. According to Polish journalist Tomas Piaztek, the pooling of information among journalists is the only possible response to harassment from criminal groups and corrupt officials. For instance, OCCRP consists of 45 investigative centres and media in 34 countries so that "there is nothing to be gained from killing a journalist if colleagues safely based in another country are poised to pick up the story the victim was working on".