A report by the Centre for Media Pluralism and Media Freedom (CMPF) on risks for media pluralism in Latvia, with policy recommendations 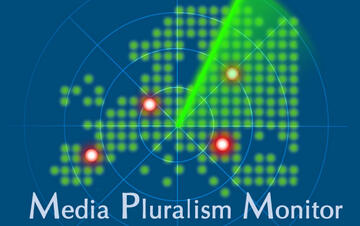 The Media Pluralism Monitor (MPM) is a research tool designed to identify potential risks to media pluralism in the Member States of the European Union, with the support of a grant awarded by the European Union to the Centre for Media Pluralism and Media Freedom (CMPF) at the European University Institute. In Latvia, the CMPF partnered with Anda Rožukalne, Department of Communication Studies of Faculty of Communication at Riga Stradins University, who conducted the data collection, commented the variables in the questionnaire, and interviewed relevant experts.

Latvia scored a medium risk to media pluralism in the area of Basic Protection that encompasses the protection of freedom of expression, rights to information, access to the Internet, independence and eﬀectiveness of media authorities, and the status of journalistic profession, standards, and protection. However, two of five analysed indicators scored high risk: Media ownership concentration (horizontal) and Commercial and owner inﬂuence over editorial content. Generally, the level of media market concentration in Latvia appeared high in all media segments, with the exception of the online media. Media regulation and self-regulation instruments do not protect media professionals nor contents from commercial and political inﬂuence.

Drawing on the analysis of different risks to media pluralism in Latvia, the report presents a number of policy recommendations aimed at overcoming the fragmentation of media and communication industries regulation, protecting media market pluralism from political influence, and improving the regulation of media ownership transparency.

For instance, the report suggests obligating all media companies to publish their ownership structures on their websites or in records freely accessible to the public. On the basis of good practices and guidelines in place in other countries, the report also suggests amendments to the Law on Press and Other Mass Media, and namely on fair and transparent rules on distribution of State advertising to media outlets as well as on the regulation of conflict of interests between media owners and ruling parties, partisan groups or politicians.

Suggestions also include improving the funding system and the social inclusiveness of media coverage, for instance by developing clear and comprehensive gender equality and media literacy policies.