Content published online in one state can produce effects on an unlimited number of persons. An allegedly defamatory statement can therefore be claimed to have produced damage in several states, which may result in complex international legal disputes 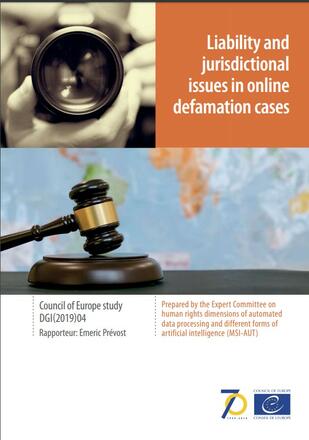 What Can Be Done? Digital Media Policy Options for Strengthening European Democracy

According to the study, “the term forum shopping describes the practice of choosing the court in which to bring an action based on the prospect of the most favourable outcome”, and this happens even without a valid connection between the legal issues and the jurisdiction.

This a practice has been observed in several fields and is not limited to defamation cases.

The aim of the study

Specifying that “forum shopping does not necessarily involve abuse of procedural or other rights by the claimant, nor malicious intent”, the study reminds that “in 2012, forum shopping in defamation cases (also sometimes referred to as ‘libel tourism’) was identified by the Council of Europe Committee of Ministers as a major challenge to free expression, access to information, and media pluralism and diversity”.

After analysing the rules on direct international jurisdiction and on recognition and enforcement of judgments, on the choice of law, on civil and administrative defamation laws, and on jurisdiction and procedure matters in CoE member states, the study lists some good practices that either mitigate the risk of forum shopping or limit its negative impacts on freedom of expression.

Despite the fact that defamation cases are significantly different in common law and civil law systems, “all observations are inspired by, and based on, findings that are relevant for all member states”.

The study identifies 15 good practices developed in member states, including the fact that courts have jurisdiction over a case if there is a strong connection between the case and the jurisdiction they belong to (1), that short limitation periods for defamation lawsuits are set out clearly in national law (5), and that courts rely on the prohibition of abuse of rights to address the cases of manifest forum shopping (13).