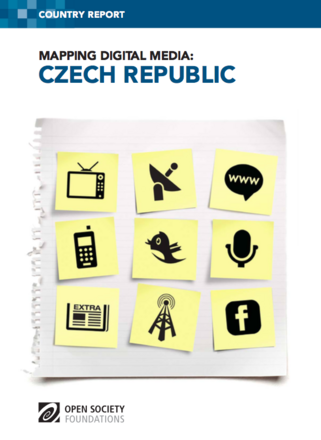 Digital media are spreading rapidly in the Czech Republic, partly driven by the growth in the number of households owning a computer (which doubled between 2005 and 2010); nevertheless, the overall internet penetration is still relatively modest, with significant divides along demographic lines (particularly age and education) and digital literacy – rather than financial or physical restrictions – remaining the most significant barrier to internet access.

These and other considerations stem from the country report produced by the Open Society Foundation within the framework of the “Mapping Digital Media” project. The “Mapping Digital Media Reports” are produced in 60 different countries by local researchers and partner organisations. This project examines how digital changes affect the core democratic services that any media system should provide.

According to the report, in the Czech Republic the digital revolution has been rapidly changing journalism and media consumption; nevertheless, media policy has not been a top priority for policy-makers in recent years. On the one hand, the lack of professionalism in the media sector encouraged the growth of the so-called “Google journalism” and the “tabloidisation” in the newsrooms of both broadcasters and publishers; on the other hand, civil society activism is still relatively marginal in Czech society and the culture of commenting on news websites provides a platform for hate speech rather than new debates. For a digital public sphere – the research concludes – there is still a long way to go in the Czech Republic.