Media Freedom made in Scandinavia: six examples of best practices

This report of a fact-finding mission to Scandinavia organised by ECPMF with the participation of EFJ and OBCT shows policies and approaches that can inspire change for the better, suggesting what governments and media actors can do to defend media freedom 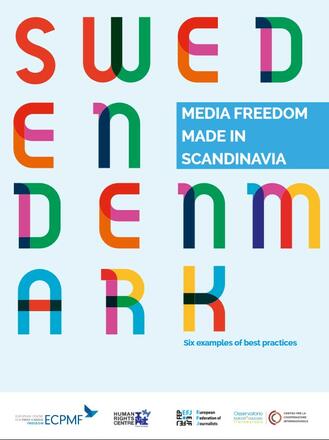 In December 2019, representatives of the European Centre for Press and Media Freedom (ECPMF), the European Federation of Journalists (EFJ), and Osservatorio Balcani Caucaso Transeuropa (OBCT) visited Denmark and Sweden to answer the following questions: why does Scandinavia regularly lead the rankings for media freedom? What can others learn and adopt from this region?

The main findings of the fact-finding mission cover all aspects of the work of the media.

Media ownership: independent foundations are a promising tool and should be implemented in other countries too.

Media state subsidies: neutral help from the state helps keep independence, but it should incorporate digital transition and innovation.

Media accountability systems: Nordic media councils are benchmarking in terms of their composition, independence, and transparency.

The mission participants conducted in-depth interviews with a series of experts, including Tine Johansen, President of the Danish Union of Journalists; Mark Blach-Ørsten, Professor of Journalism at Roskilde University; Stig Kirk Ørskov, Chief Executive Officer of JP/Politikens Hus; and Mart Ots, Professor at Jönköping University and member of the Swedish Media Subsidies Council.