In the last decade Slovakia media landscape has changed. In what direction is it moving? An updated picture drawn by the European Journalism Centre (EJC) 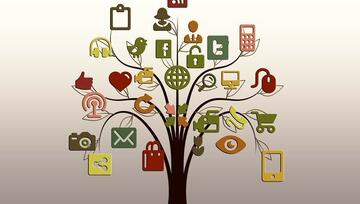 Founded by the European Journalism Centre (EJC) – in partnership with the Dutch Ministry of Education, Culture and Science – Media Landscapes involves twenty-six expert writers to map the entire journalism ecosystem of twenty countries. This report provides an updated picture of Slovakia’s media landscape: from print press to digital media, from journalists organizations to media policies, from media legislation to education.

According to the report, in the last decade Slovakia media faced different changes. Following the “internet boom” in 2005-2006, the continuous decline of readership of newspapers, the financial crisis (2009-2010) and a shift of audiences as well as advertising expenditures towards social media and television have lead to a significant change in media ownership structures, primarily in the key printed media sector.

In Slovakia the public trust in the national media system has constantly been above the EU average. At present, the least popular medium in the country is the daily press; nevertheless, there is an increasing number of those who subscribe only online editions of printed newspapers.

Television broadcasts is still considered the main source of information about national political issues and it is watched by 80% of the population – interestingly, Slovak citizens watch more programmes in their non-mother tongue than in other EU countries (SK 63% against EU 38%). Radio broadcasts has high ratings too.

Regarding Slovakian education in social sciences and humanities – fields who are supposed to lead to professional journalism – the report concludes it needs major reforms.