Media coverage of elections: the legal framework in Europe

The European Audiovisual Observatory examines the regulation of broadcast, print and online media during elections in different Council of Europe member states 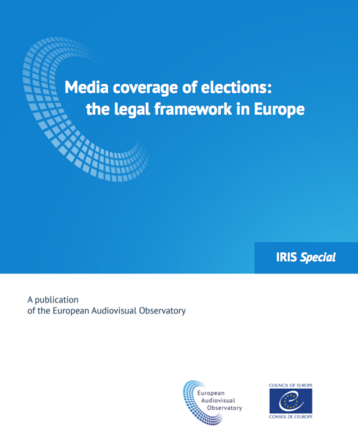 This report was being written in the first half of 2017, when numerous elections were held throughout the Council of Europe member states, with parliamentary elections in five member states, local and regional elections in nine member states, referenda in Switzerland and Turkey, presidential elections in France and Serbia. Produced by the European Audiovisual Observatory in coordination with the Institute of Information Law (IViR) of the University of Amsterdam, this report has attempted to provide an overview of the most recent rules, case-law and policies across Europe with regard to the coverage of elections and referenda in the various media.

As it is well known, political communication in the media plays a central role in political campaigns, and such communication goes hand in hand with the concept of freedom of expression and information under consolidated European and national jurisprudence. That’s precisely why, during election time, media are governed by rules. If traditional broadcast media remain the most regulated ones (as they remain the most influential), social media are left substantially unregulated – hence the discussion concerning the growing role of “false information” during elections, while international bodies are also warning about the risks associated with legislating in this area.

The report is divided into two main sections. The first one concerns European law, standards and policies on media and elections, with particular attention to the Recommendations of the Council of Europe (CoE) and the jurisprudence of the European Court of Human Rights (in February and March 2017, the Court delivered two landmark judgments concerning media and elections: one related to the election law rules being applied to print media, and the other concerned the liability of online news websites in respect of the reporting of serious allegations against a political candidate).

The second section focuses on the largest member states of the Council of Europe: France, Germany, Italy, Poland, Russia, Spain, and the United Kingdom. All these cases show that broadcast media has historically been subject to the highest level of regulation during election periods, and underline how the lack of rules for the digital world has been creating problems that cannot be resolved through the use of existing tools. In the light of these developments and concerns, the question arises whether regulation is being properly applied to online media throughout the CoE member states, whether online media are adopting self-regulatory measures during elections, whether there is a fundamental need for regulation in the online sector in order to fight against phenomena such as “fake news”, social bots and the online activities of state authorities.