This report by Active Watch Romania, covers the events related to freedom of expression and media freedom that occurred in Romania between January and April 2015 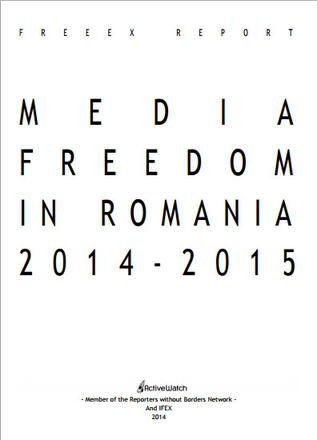 The annual Report by Active Watch highlights the persistence of a negative trend regarding worsening of press freedom in Romania. The majority of the instances of violations recorded in this report are similar to those registered in previous years: physical attacks on journalists continued, as well as threats or political pressure. Yet, along with those cases, new and extremely serious cases have been documented: in 2014 media owners were convicted, evidences were found of links between politics and the media, and serious cases of restriction of access to public information have been documented.