The document released by WAN-IFRA in collaoration with BIRN as part of the project on soft censorship around the world, reports on Soft Censorship practices and its effects on media liberty in Serbia 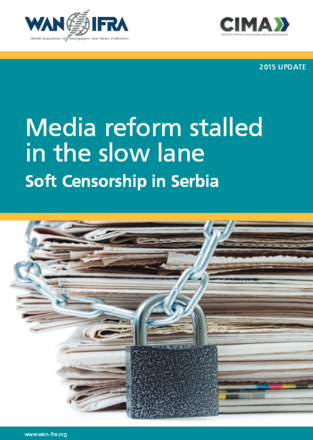 The report's main findings point to the lack of transparency affecting state funding to media and state advertising budgets. These two mechanisms are hence used to subsidize survival of state-owned media or media favourable to the government.

In relation to the 2014 report, small improvements to the legal framework are noted, but these are not fully implemented due to political inference. Still, a considerable portion of the media in the country rely on state funding to secure their survival, while the state-owned companies remain one of the most lucrative sources of financing especially for local media. Over all, only 20% of the the state media sector spending is allocated on a competitive bases. Finally, the report gives practical raccomandations on how the state can contribute to assure to media liberty and indipendence in Serbia.