The Monitoring Media Pluralism 2014 is a measurement tool updating and testing previous monitoring tools, designed to assess the risks to media pluralism in EU member states 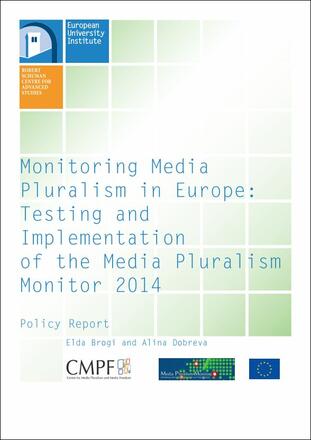 The simplified MPM2014 has been focused on news and current affairs aspects of the media due to their key importance for the civic and political awareness of citizens and for the democratic processes.

In order to pilot test the MPM tool, the CMPF selected a sample of 9 countries, where it was implemented. The list of the sampled countries includes: Belgium, Bulgaria, Denmark, Estonia, France, Greece, Hungary, Italy and the UK.

In depth assessment of each risk domain is provided in the report, as well as country-based in the 9 countries scrutinized (Belgium, Bulgaria, Denmark, Estonia, France, Greece, Hungary, Italy and the UK).