The report Moving stories by the Ethical Journalism Network assesses media coverage of migration in Europe and in selected countries across the globe during 2015, highlighting structural deficiencies and good practices 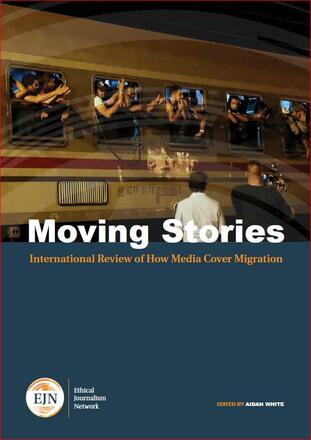 Do media need tragic cases such as the story of Aylan Kurdi to wake up and focus sharply on the humanitarian crisis? And what about the other many humanitarian crises beyond the media’s radar?

The refugee crisis in 2015 have confronted media professionals with ethical challenges adding up to already existing pressures such as weakening media economy, political bias as well as by the dangers of hate-speech and stereotyping. This report by Ethical Journalism Network reviews media coverage of migration in 2015, taking into account the European perspective as well as national case studies including Bulgaria, Italy, Turkey, the UK, Australia, Brazil, China, Gambia, Lebanon, Mexico, Nepal, South Africa and the United States.

As the report points out, the refugee crisis poses a huge responsibility for media to cover this humanitarian crisis professionally. This huge pressure resulted in journalists routinely falling into propaganda traps laid by politicians. At the same time there have been inspiring examples of careful, sensitive and ethical journalism that have shown empathy for the victims. Across the European media landscape media and journalists have struggled to strike the right tone and to present and discuss the crisis. At the same time, media have faced a constant balancing act, to give voice to the refugee community and to reflect legitimate concerns over migration in the community at large.

Two main drives have characterized the media coverage of the refugee crisis in 2015: numbers and emotions. Both elements have been appropriated and very often exploited by media to comply with political agendas prescribing the narrative on invasion.

Among the main aspects pointed out in the report are:

As the report aptly points out, different patterns of behaviour exist around the globe when it comes to reporting migration. This consideration also work as a reminder of the fact that Europe is in no way the only continent interested by huge migration flows, and this shall help dismantle the sensationalistic approach to the European side of the refugee crisis.

Building on the analyses of media coverage, the report formulates specific recommendations. These include the need to adopt high quality, professional standards to be shared across Europe. To this end, newsrooms shall actively engage to include skilled professionals and ethical considerations when reporting about migration to avoid the tendency, widely witnessed during 2015, to scapegoating and low accuracy.

At the same time there is an urgent need to strengthen investigative journalism committed to in-depth research. The need for careful, sensitive and informed journalism in Europe has never been greater and media that struggle to tell the story in context will need more support if they are to rise to the challenge.

Some practical work might involve helping media and journalist organisations to develop a set of European standards that will challenge the use of derogatory language and highlight the impact of words and images that incite racism.

With this regard, the report mentions among the tools at the disposal of media professional the Charter of Rome, a Code of conduct regarding asylum seekers, refugees, victims of trafficking and migrants launched in 2008 by the National Council of the Journalists’ Association (Consiglio Nazionale dell’Ordine dei Giornalisti, CNOG) and the Italian National Press Federation (Federazione Nazionale della Stampa Italiana, FNSI.