Online abuse is a daily issue for journalists. The International Press Institute interviewed media workers in Hungary about their experience with online harassment 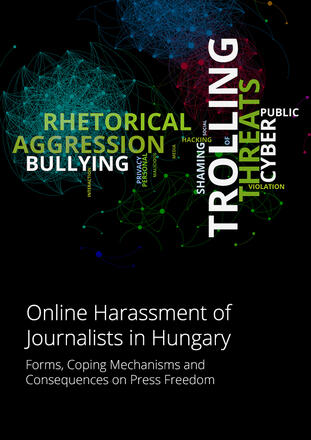 The report published by the International Press Institute (IPI) focuses on journalists working conditions in Hungary. The author gathered data by interviewing and holding discussion groups with 20 journalists. By including mainly online journalists, the report focuses on the group of media workers most regularly confronted with online harassment.

To achieve a broad inclusive view, journalists from nine different news outlets were chosen to participate covering a range of ideology- and market positions. Through this approach, the author aims to map different types of harassment by which journalists are affected, who the perpetrators are and how journalists typically react.

Starting with an introduction and methodology section, the author then structures the text based on four different kinds of harassment identified at the beginning: rhetorical aggression, trolling, bullying and threats. Mentioned are also the less frequent observed cases of public shaming, violation of personal privacy, malicious social media interaction and cyber-attack or ite hacking.

Following a chapter defining the types of harassment, the author continues to describe concrete cases that the interviewees experienced, devoting an own chapter to each kind of harassment. Further, the report analyses the ways in which journalists react to online abuse and hate speech. Many media workers stated that they try to ignore and filter out online harassment.

In terms of numbers, 45 percent of the journalists who participated in the study occasionally read negative comments. 20 percent reported always reading them, while 35 percent said they never read such comments.”

Further, more than half never engage with trolls whilst the rest does so occasionally with the exception of one journalist always engaging in conversation with harassers. Quoting several interviewees, the overarching opinion concerning online emerging from the report is that it “comes with the territory” and the more experienced journalists are, the more used they become to these daily abuses.

Before coming to an end, the author dedicates two separate chapters to first emphasize the fact that female journalists are more often a victim of online harassment than men and suffer especially more sexual threats. Secondly, interviewees were asked whether the 2016 “migrant quota” referendum had any effects on the type and scale of comments and threats or not. This was found not to be the case, the Hungarian journalists speculated that the public was experiencing fatigue and losing interest in the topic after the peak of the crisis in 2015.