Protecting Whistleblowers in Southeast Europe: a review of policies, cases and initiatives

Despite ongoing progress in protecting whistleblowers in Southeast Europe, much remains to be done to ensure that citizens and employees who report misconduct do not suffer retaliation 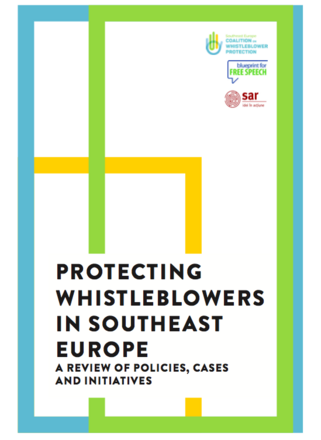 On the basis of the laws in force, the report presents a ranking with a score ranging from zero to five.

On paper, the Romanian Law on Whistleblower Protection (2004) remains the strongest, scoring 3 out of 5 points. Yet, in recent years, other countries of the region have improved their legal tools on the matter.

In several countries, research and anecdotal evidence detailed in this report show that new laws do not always protect citizens and employees from being fired, demoted, harassed, sued, or even prosecuted. These findings are being leveraged to close dangerous legislative gaps that expose whistleblowers to career, personal, and financial ruin.

Regardless of the level of legislation and regardless of their differing levels of freedoms and democracy, all countries in the region are dealing with almost exactly the same challenges in the spheres of media freedom and human rights. In countries where laws were recently passed – particularly in Bosnia and Herzegovina, Kosovo, Macedonia, Montenegro, and Serbia – activists and journalists are closely monitoring whether whistleblowers are benefiting from their enhanced rights, but almost all countries lack reliable statistics on whistleblowing.

The role of civil society

Along with the work of policy-makers and elected officials to pass new laws, activists and advocacy groups such as the Southeast Europe Coalition on Whistleblower Protection are expanding their political and public campaigns. In 2016 and 2017, NGO working groups were formed in Croatia, Macedonia, and Moldova to advocate for new or improved laws. Campaigners are working to fix the laws in Kosovo and Serbia, and to pass entity-level laws in Bosnia and Herzegovina.

This report is an update of a 2015 report published by the Regional Anti-Corruption Initiative and was released as the Southeast Europe Coalition on Whistleblower Protection completed its second year in operation.