The European Audiovisual Observatory, part of the Council of Europe in Strasbourg, published a new report on public service media (PSM) in the Transcaucasian countries 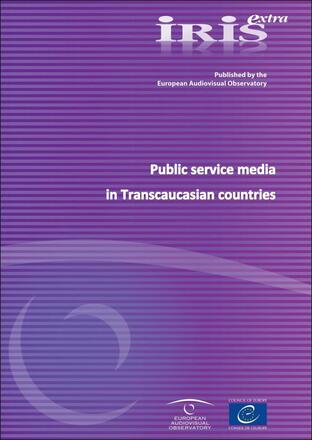 Twenty-five years since Armenia, Georgia and Azerbaijan – the Transcaucasian countries – came out from under Soviet rule and were able to develop their own independent public media, this report evaluates how these countries deal with the challenges of maintaining a credible system of public service media.

In terms of PSM evolution, there is naturally a certain delay for those market situations that developed from monopoly to competition relatively late. This has been the case of the post-Soviet regions, where public service broadcasting became a reality first in the early 2000s, when the rest of Europe was already discussing digital economies and converging regulatory frameworks.

The report, written by Ekaterina Abashina, evaluates the statute of the governing bodies, the financing of PSB, and the appointment procedures of Board members. The author analyses their programming policies and their adaptation to the requirements set by the international organisations of which they are members. Each country is examined individually, with systematic cross-references and a comparative overview of similarities and differences between the three systems.

The main reference document of the report is the Recommendation of the Parliamentary Assembly of the CoE on “Public Service Broadcasting”, which reflects general and universal principles concerning PSB: independence and autonomy of operation; universality, diversity and distinctiveness of programming; editorial independence and professionalism; and public accountability.

The report concludes that recommendations of and assessments by such international organisations as the Council of Europe and OSCE have been particularly influential in the development of public service broadcasting in Georgia, Armenia and Azerbaijan. In this regard, the analysis presented by Abashina is a very helpful tool for navigating their quite complex regulatory frameworks.