Representation of minorities in the new media 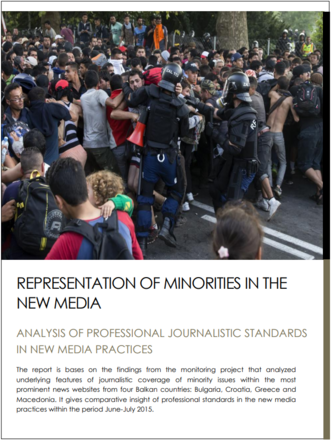 The report is based on the findings of a monitoring project which analysed the underlying features of journalistic coverage of minority issues within the major news websites of four Balkan countries - Bulgaria, Croatia, Greece, and Macedonia. The report presents general and comparative insights into professional standards in new media practices. Also, it provides a glimpse into the framing and priming in online discourses created by new media articles on minorities.

The research focused on monitoring news websites representative for each participating country over the period June-July 2015. Each article that touched upon a minority issue was discussed through content analysis. The research instruments were tailored to new media content and format and partially customised with reference to the instructions in the Media Monitoring Manual by Snjezana Milivojevic, Media Diversity Institute, London 2003