A comparative study of digital news consumption in the world 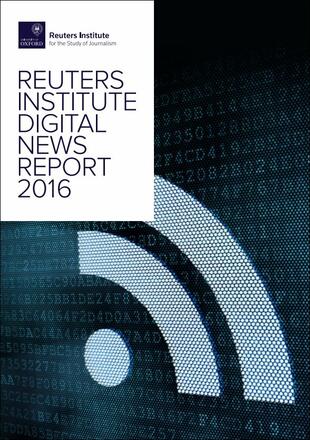 This study has been commissioned by the Reuters Institute for the Study of Journalism to understand how news is being consumed in a range of countries. Research was conducted online by YouGov using an online questionnaire at the end of January/beginning of February 2016. The report is based on a survey of more than 50,000 people in 26 countries. This year’s Reuters Digital News report comes against the backdrop of renewed concerns about the future of the news industry, the move to mobile, the rise of ad-blocking and the role of technical platforms and other intermediaries. As noted in the conclusion of this work, the most striking trends relate to publishers losing control of distribution, some consumers not noticing where content comes from, and the growing influence of platforms and algorithms.

The report suggests that publishers across the world are facing unprecedented levels of disruption to business models and formats from a combination of the rise of social platforms, the move to mobile and growing consumer rejection of online advertising.

As for the different patterns of news consumption across platforms, the report shows how television news still remains most important for older groups but overall usage has continued to decline, while social media are significantly more important for women and for the young. For the first time, this year's Digital News report highlights that more than a quarter of respondents in the age 18–24 say social media (28%) are their main source of news – more than television (24%). Overall, 51% of respondents to the survey say they use social media as a source of news each week. The steady growth of news accessed via social media sites like Facebook, Twitter, Instagram, and Snapchat is identified as the biggest change for digital media in term of business model and adaptation of formats. The increasing impact of news aggregators is also pointed out in the report, as well as the role of smartphones and smart-watches in determining the patterns of news consumption.

Trust in news is highest in Finland (65%) and lowest in Greece (20%). Almost everywhere, editors and journalists are trusted less than news organisations.

Driving revenues from online content has become the most critical issue for publishers. While the digital space multiplies the opportunities for publishers, the report notes how "the business models around digital remain extremely challenging". In particular, publishers who depend on digital advertising revenue have been particularly affected by recent dynamics including: (a) the move to smaller mobile screens (b) the market power of Facebook and Google and (c) the rise of ad-blocking.

Detailed data tables provide analysis by country which includes a brief overview of digital media characteristics in each country, and the most important data points in terms of digital news. Cross-country comparison is provided, looking at different segmentations to understand the varying patterns of news use.

The report combines the key data points with a series of essays reflecting on the data in the 2016 report.