Defamation or freedom of expression? This report examines a selection of judicial decisions taken by the Courts of the Slovak Republic 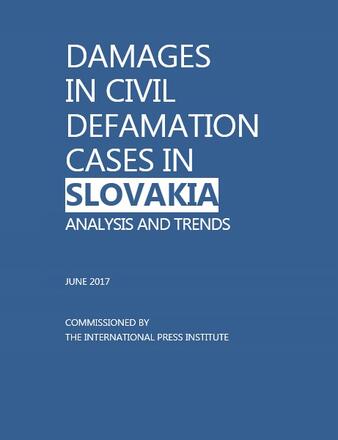 The objective of this analysis – primarily focused on cases involving media outlets that were sued for defamation by public officials – is to offer a brief general overview of current trends in civil defamation cases in Slovakia, with a particular focus on the amount of non-pecuniary damage that courts award to plaintiffs.

As VIA IURIS pointed out in 2011, many public officials in Slovakia including politicians and judges sue media outlets for publishing “defamatory content”. According to this research, since that time the situation has slowly moved in a positive direction: in spite of the fact that rulings of Slovak courts concerning defamation cases are still far from fundamental standards set in European jurisprudence, there has been a tangible progress in courts’ reasoning. Slovak courts now appear to produce better-reasoned decisions – with less exaggerated financial compensation – and to be more aware of the need to carefully assess the conflict between freedom of expression and personality rights.

Supported by the European Commission and produced in cooperation with the Slovak civil association VIA IURIS , this report was commissioned by the Vienna-based International Press Institute (IPI) as part of its work examining the effects of defamation law on the media freedom in Europe.