The beginning of media privatization process in Serbia, set out in 2015, creates opportunities for independence but also poses potential challenges for media independence in the country 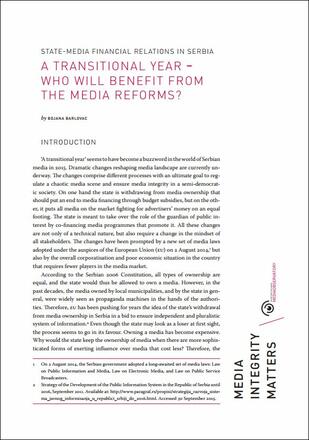 The year 2015 has been a transitional year for media in Serbia, with several changes prompted by a new set of media laws adopted under the auspices of the European Union on 2 August 2014.

The withdrawal of the State from media ownership through the privatization process, targeting 72 media in the country, is both an opportunity for greater independence and a challenge, as it places all media on the market fighting for advertisers’ money on an equal footing.

While the first concern relates to guaranteeing transparency in the privatization process, other crucial aspects of this process refer to the future of local media and minority media, whose importance is weighted against their economic sustainability now that they are to compete on the market.

New problems are likely to arise in the new ownership structure, the first being novel forms of political influence on media through state advertising.