Targeting the Messenger: Journalists on the Frontline of Protests 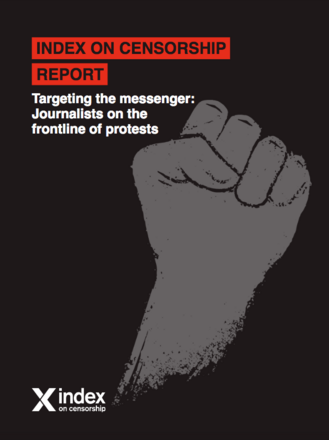 Index on Censorship’s Mapping Media Freedom (MMF) report looks at 203 verified cases from 35 countries members of or affiliated with the European Union. There were 46 incidents in France, 33 in Spain, 32 in Germany, and 15 in Romania. France, Germany, and Romania are identified as the worst offenders by the key experts interviewed.
MMF’s correspondents found that journalists usually under-report incidents they consider to be too minor, commonplace, or part of the job, or where they fear reprisals. Thanks to the monitoring tool developed by Index on Censorship, a negative trend was detected between 2016 and 2018. The increased number of attacks on journalists covering protests may have been favoured by:

In addition, author Costa-Kostritsky recognises the risk of aspiring journalists "cutting their teeth while covering social movements", without "benefiting from the protection that more established journalists enjoy" which can result in blurred lines between journalism and activism.